15 Thanksgiving desserts that are not pumpkin pie 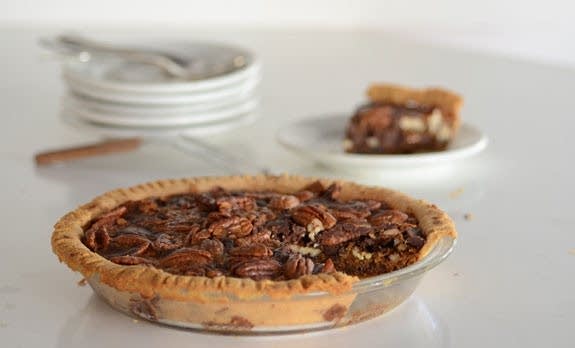 Just in case you don’t like pumpkin pie, or just in case you are looking for a second, third or 14th dessert to overindulge in this Thanksgiving, we rounded up 15 non-pumpkin pie recipes worthy of your table. (Browse all of our dessert recipes here.)

So go forth and don’t make pumpkin pie. Or make it. Either way, don’t forget the whipped cream.

[Ed. note: If you are afraid of making a pie crust, don’t worry, we have you covered.]

“The tart looks homey, but it's oddly sophisticated in its own way and not-so-oddly very satisfying, particularly after a hearty meal, like a Thanksgiving feast,” Dorie Greenspan says.

“My mom made her pecan pie from the recipe on the back of the Karo corn syrup bottle," Cheryl and Griffith Day say. "She even called it ‘Karo pie.’ Our version of this classic pie is rich and buttery and features plenty of crunchy Georgia pecans and a shot of Kentucky bourbon.”

Forget sweet potatoes as a side. “I cannot imagine a holiday without this traditional Southern pie on the table,” Cheryl and Griffith Day say.

“It's fast and best of all, doesn't require the oven -- a very nice thing on Thanksgiving and other big holidays when oven time is at a premium,” Faith Durand says. If you aren’t a fan of pumpkin, you might prefer this Bay Leaf Crème Brûlée.

“For the pastry shy, this tart is salvation. It looks like jewels set in amber, with its candy bar mosaic of five kinds of nuts embedded in buttery caramel slicked over a tender crust, which is where salvation comes in. There is no rolling pin in sight. You pat the crust into the tart tin with your fingers,” Lynne Rossetto Kasper says. The tart holds 4 days (but is best the day it is baked).

“This is a cake that should come with a warning: Only proceed if you love molasses,” Faith Durand says. “If you do love molasses and its dark, bitter sweetness, then proceed immediately, and with haste. This cake is dark, fudgy, damp and rich. It's like a chocolate cake for people who don't like chocolate.”

“When you eat Agee’s pie, send your thanks heavenward,” Christopher Hirsheimer and Melissa Hamilton say. Amen.

“Panna cotta, which is essentially Italy's ‘cream jello,’ gets an American redo that takes on the best trappings of pumpkin pie with none of the bother. You heat, you stir, you are done,” Lynne Rossetto Kasper says.

“Baking the galette on a pizza stone ensures a very crisp bottom crust,” Christopher Hirsheimer and Melissa Hamilton say. “Don’t fret when you are folding over the dough; if the edges are a little rough, they will only add to the rustic character of this delicious dessert.” Rosemary fans, try this Rustic Rosemary-Apple Tart.

These may be an unconventional choice for Thanksgiving, but who are we to argue with these bite-size balls of cheesecake from Michelle Buffardi?

“We prefer the sweet flavorful flesh of the kabocha squash over any other pie pumpkin,” Christopher Hirsheimer and Melissa Hamilton say.

With those four ingredients baked to perfection, what more could you want?

When pumpkin or apple won’t do, try this simple, blue-ribbon pear pie from Barbara Jeanne Flores. Or, maybe an Open-Faced Pear Tart.

When you need to feed a crowd, this recipe from Charles Phoenix will do the trick. Its ingredients include a 1-gallon can of fruit cocktail, a tub of whipped cream, a bag of colored mini-marshmallows and red maraschino cherries. 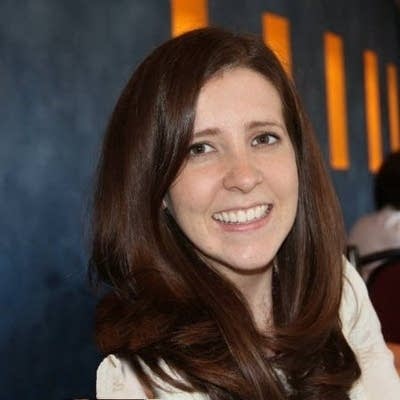