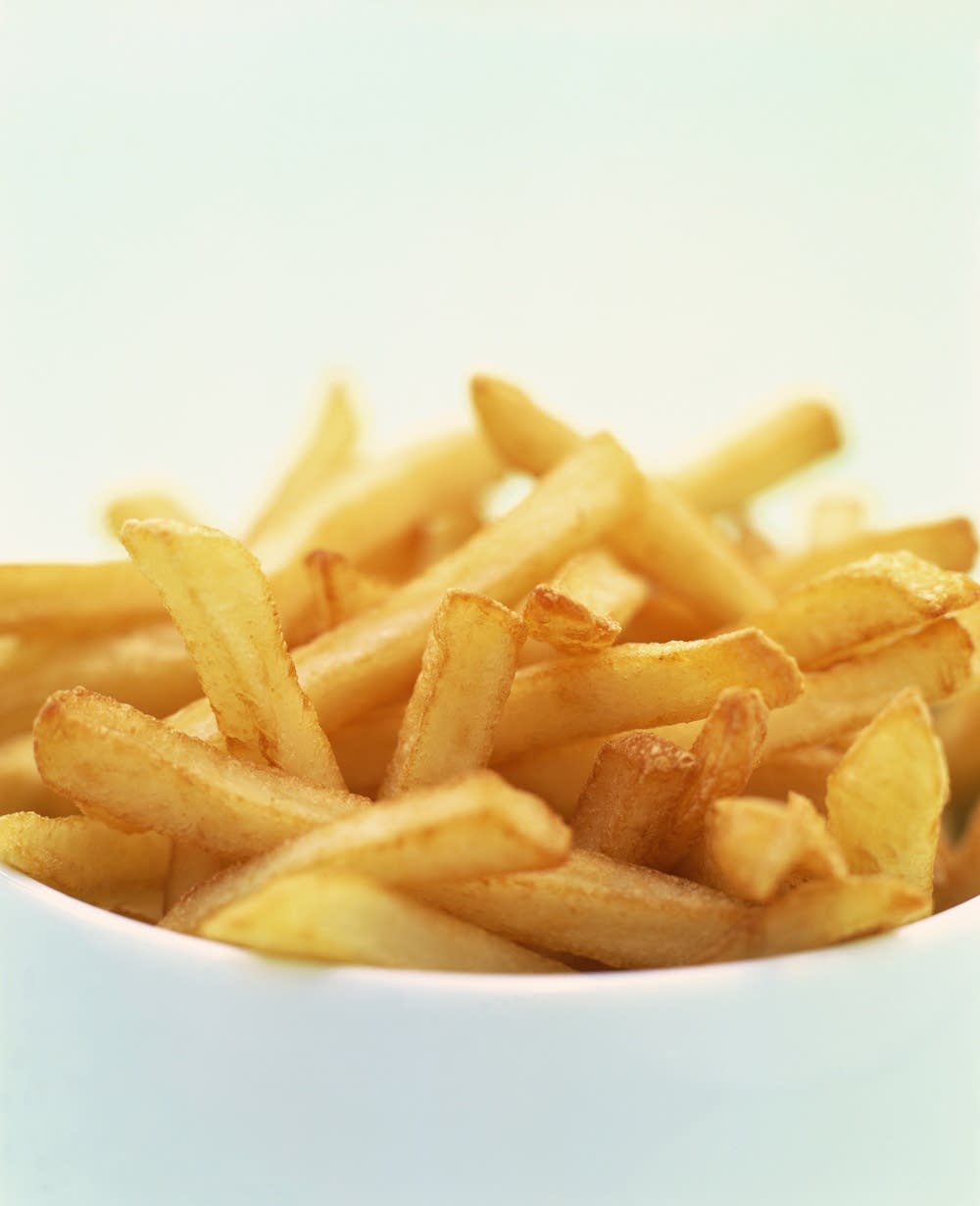 Did you know that one quarter of all vegetables eaten in America are french fries? Our guest, Dr. Kelly Brownell, Director of the Yale Center for Eating and Weight Disorders and author of Food Fight, thinks huge advertising budgets have more to do with this frightening statistic than our lack of will power. But Dr. Brownell says there's hope on the horizon. He joins us for a look at some of the victories in our battle with obesity.

With much of the country in a deep freeze, we think a bowl of steaming chili is in order. The Sterns found a fabulous one at Porubsky's Grocery in Topeka, Kansas, and Lynne shares her recipe forWinter Veggie Chili. Sally Schneider talks healthy ways to cook with bacon, as in her recipe for Roasted Root Vegetable Hash. Cooper Gillespie, a charming pooch of discriminating taste, inspired his human, Susan Orlean, to penThrow Me a Bone, a collection of his favorite recipes. Susan joins us to talk the merits of cooking nutritious, tasty food, like Goldie's Meatloaf Cup Cakes, for your best friend.

We'll hear of a student's year abroad and lessons in culinary patriotism, and we get the latest from Vogue magazine—are you ready for status mints?