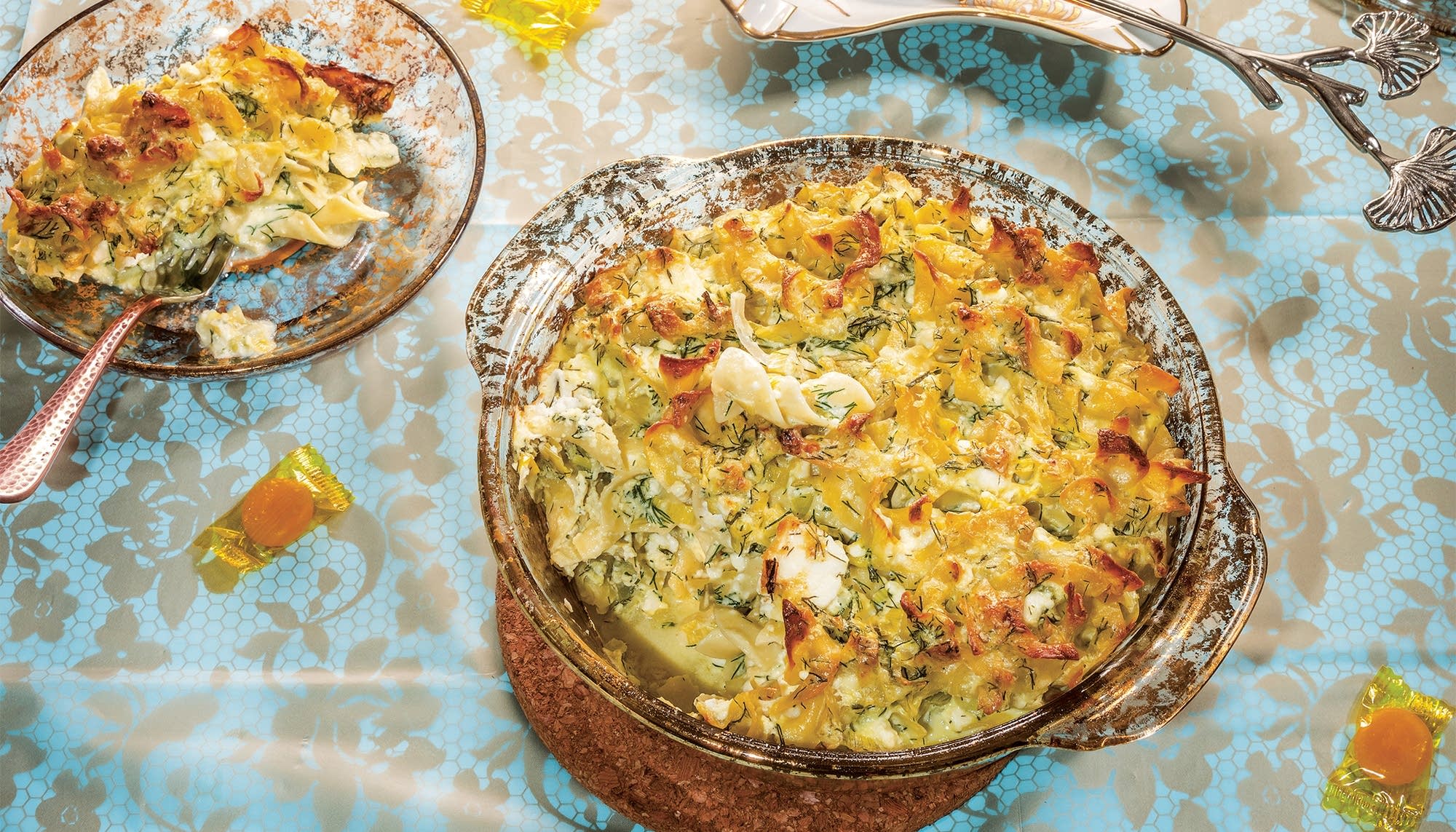 Cottage cheese was a favorite of early colonial settlers, who made it at home in their “cottages.” I especially love it with warm egg noodles, a habit formed as a kid in my own home and at the homes of Jewish friends, where it was served as kugel. Over the years, I’ve gussied up the basic concept by adding creme fraiche, leeks melted in butter, and a sizable amount of dill (by far my favorite fresh herb). Lemon zest lends brightness, and a flurry of creamy feta adds salt and soul. My cottage-cheese-and-noodle dish is “good enough for company”—as my grandmother would say—while still satisfying my nostalgic craving.

Once the water is at a full boil, cook the pasta according to the package instructions until just al dente. Melt the remaining 4 tablespoons (1/2 stick) of butter.

In a large bowl, whisk together the eggs, cottage cheese, creme fraiche, lemon zest, half the feta, cooked leeks, and 1 teaspoon of salt in a large bowl. Stir in the melted butter.

When the noodles are ready, drain them and combine them with the cheese mixture. Stir in the dill and pour the mixture into the buttered baking dish. Top with the remaining feta and bake until bubbling and browned on the edges, about 45 minutes. Allow to set and cool for 5 minutes before serving.