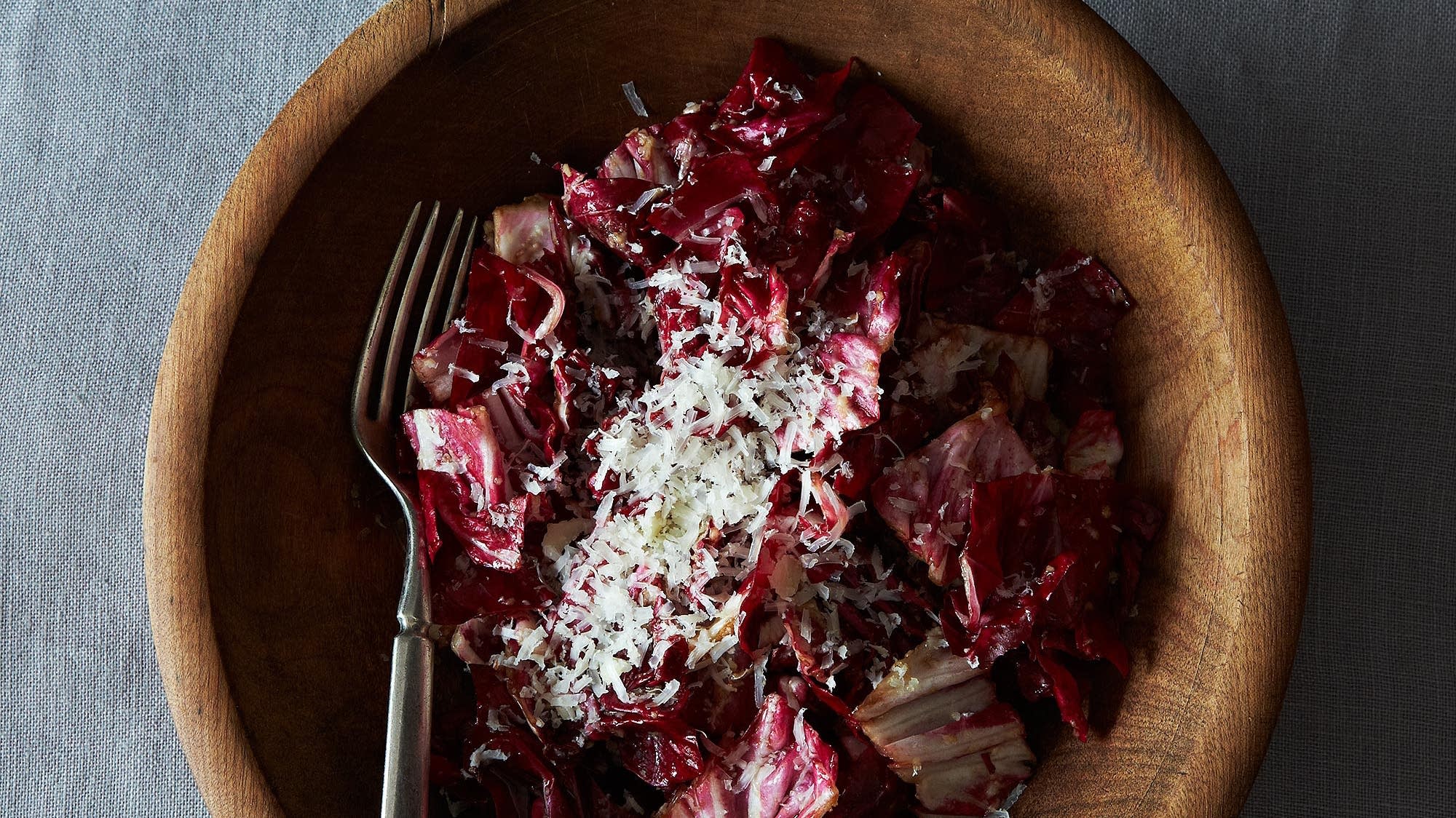 Austere as this salad may seem, it's got 2 secret tricks that will make you better at making salads, during the holidays and forever after. 1. You infuse the vinegar with chopped red onion for an hour, then quietly remove it. The vinegar is left with a richer, more complex flavor, without the oppressive oniony kickback. 2. You toss the dressed leaves with a dusting of finely grated Manchego to help the coating stick. Adapted slightly from Toro Bravo: Stories. Recipes. No Bull. (McSweeney's Insatiables, 2013). —Genius Recipes